Published by Editorial Staff on | 7 Responses 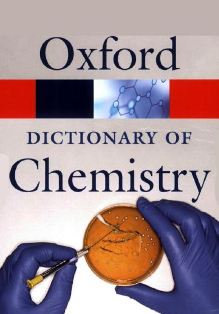 It consisted of all the entries relating to chemistry in this dictionary, including physical chemistry, as well as many of the terms used in biochemistry. Subsequent editions included special feature articles on important topics as well as several chronologies tracing the history of some topics and short biographical entries on the chemists and other scientists who have been responsible for the development of the subject. For this sixth edition the text has been fully revised and some entries have been substantially expanded. In addition over 350 new entries have been added covering all branches of the subject. The coverage of certain fields, in particular biochemistry, forensic chemistry, and chemoinformatics, has been expanded. A further improvement has been the inclusion of about 90 additional chemical structures.