A Brief Introduction of Amino Acids – The Building Blocks of Proteins

Amino acids are an important group of compounds that all contain the amino group (-NH2) and carboxylic acid group (-COOH). One type of amino acid has the -NH2 group bonded to the C atom next to -COOH group. These 2-amino-carboxylic acids are the

The R group is the part of amino acid which can vary in different amino acids. The simplest amino acid is glycine, aminoethanoic acid, in which R is an H atom.

Under certain conditions the amine group of one molecule and the carboxyl group of a second can react, uniting the two amino acids by an amide bond.

Amino acids are classified as α, β, γ and so on, according to the location of the amine group on the carbon chain that contains the carboxylic acid function.

1-Aminocyclopropanecarboxylic acid: an α-amino acid that is the biological precursor to ethylene in plants.

3-Aminopropanoic acid: known as β-alanine, it is a β-amino acid that makes up one of the structural units of coenzyme A.

4-Aminobutanoic acid: known as γ-aminobutyric acid (GABA), it is a γ-amino
acid and is involved in the transmission of nerve impulses. 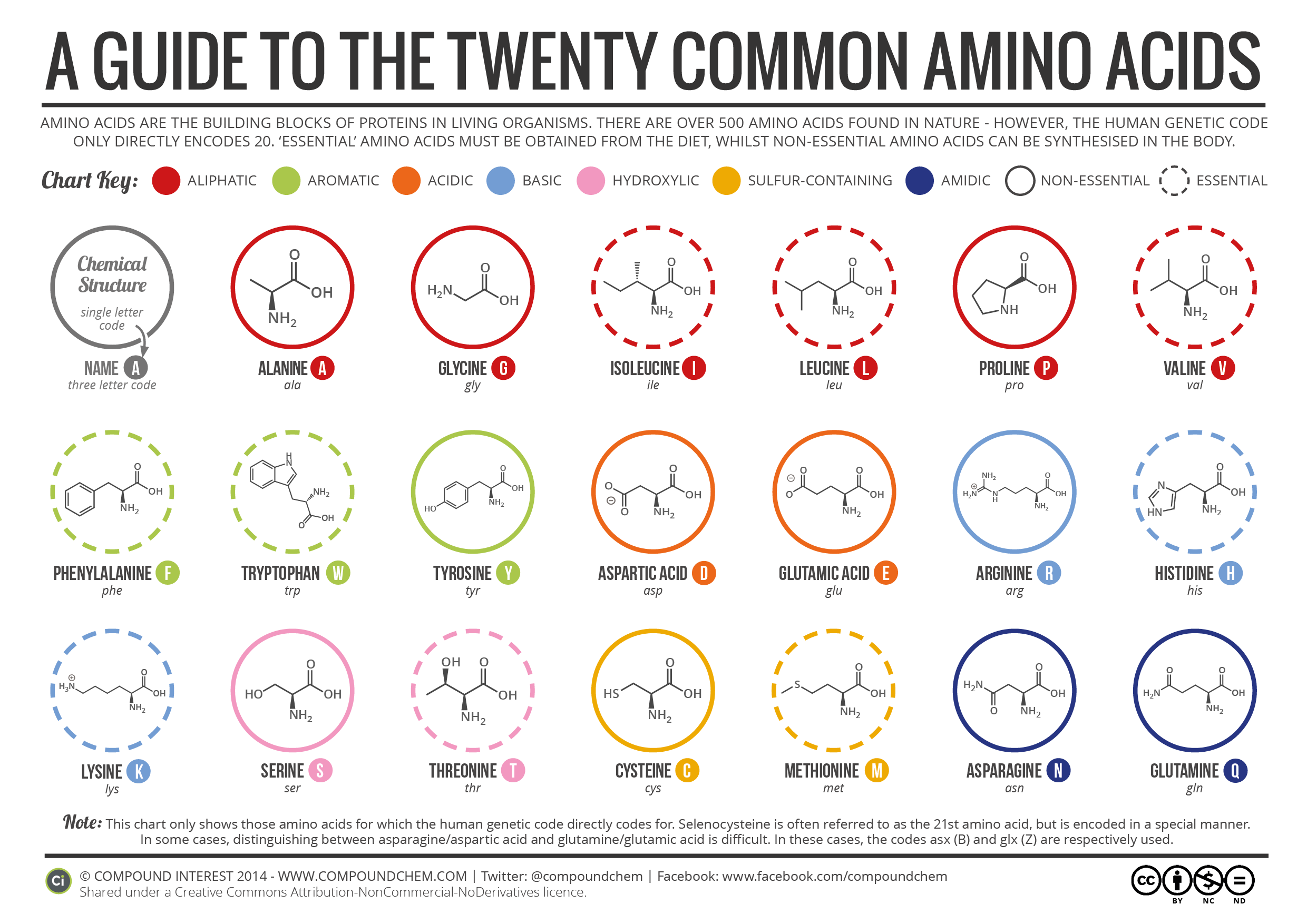