Transition Metals form coloured compounds and complexes. These colours can be vary depending on the charge on metal ion, and the number and type of groups of atoms (called ligands) attached to the metal ion. In aqueous solutions, the ions form colours with complexes.

Electrons are arranged around the nucleus of the metal atom in orbitals, unlike other metals, have partially filled ‘d’ orbitals, which can holds up to 10 electrons. When ligands are present, some d orbitals become higher in energy than before, and some become lower. Electrons can then move between these higher and lower d orbitals by absorbing a photon of light. The absorption of light affects the perceived colour of the compound or complex. The wavelength of the light absorbed is affected by the size of the energy gap between the d orbitals, which is in turn affected by the type of ligand and the charge on metal ion. 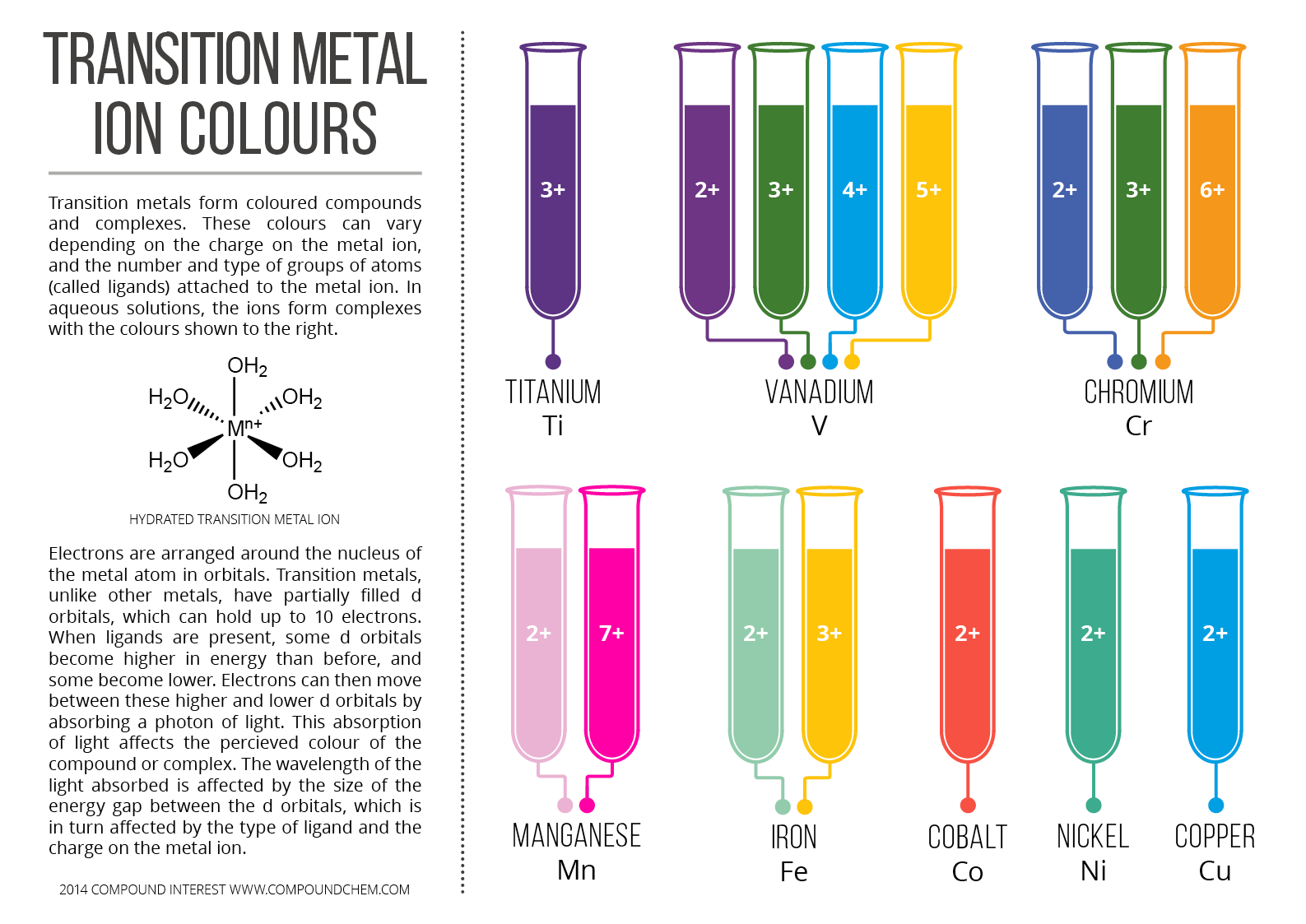 Read full article on Colours of Transition Metal Ions in Aqueous Solution and download pdf. of this infographic on Compound Interest.